Home › Blog › Health & Wellbeing › The Paleo Diet: Go Ahead, Eat Like a Caveman

The Paleo Diet: Go Ahead, Eat Like a Caveman

You may have heard of the paleo diet (aka the cavemen diet), short for the Paleolithic diet which has been sweeping the country these days. At first glance you may think this is another one of those fad diets. Something that everyone will try, lose a few pounds at first, and then before long slip back into their old habits and gain it all back. However, the paleo diet is certainly much more than one of those fad diets. It is closer to a way life, something sustainable, and a form of sustenance that its followers surely know is here to stay.

The actual diet of somebody who follows a Paleolithic way of eating is rather simple; they eat the way that scientists and dietitians believe our prehistoric ancestors ate. In other words, you get to eat like a caveman. The line of thought is simple, the human body evolved in such a way that it was sustained off foods that could be hunted or gathered from the land. Mankind spent hundreds of years living a hunter and gatherer lifestyle. We ate what could easily be gathered from plants, trees, and other things growing in our natural environment. We were also hunters. We hunted what meat and proteins we could as a way to supplement the foods we gathered from the landscape.

It is only since that dawn of agriculture and later the industrial revolution that the diet of modern man began to change. We stopped living a hunter and gatherer lifestyle and began growing crops. We have still relied on animal meat as a way to supplement the crops we grow. But animal products too can now be produced in mass quantities on farms and in livestock operations. Furthermore, the blossoming of industry has allowed the foods we eat to be produced quickly and conveniently. The advantage of mass produced food is that we can more easily and cheaply feed more people. However, this too comes at a price. When food is mass produced its quality is reduced and it loses much of its nutritional value. The vital nutrients and vitamins needed to sustain the caveman in you are lost. Mass produced food tends to be processed and altered from the natural state. These foods also tend to have added and/or artificially produced ingredients. The processing of and addition of unnatural ingredients to our food contributes to and exacerbates a whole range of digestive and health issues associated with the modern age. These include gluten intolerance, diabetes, and obesity for example. Based on the problems associated with the modern diet, the paleo lifestyle avoids foods that are processed, foods containing wheat (gluten) or added sugars, and foods with non-fat commercially produced dairy.

So then what foods does somebody on the paleo diet actually eat? Well there are tons of options for eating like our Paleolithic ancestors. Most varieties of vegetables, fruits, seeds, and nuts are on the menu, especially with an emphasis on organic and locally grown crops when available. Fish and shellfish can also be enjoyed without hesitation by somebody trying to follow the paleo guidelines. A paleo dieter can still enjoy full-fat grass fed dairy as this is unprocessed and of a natural origin. Eggs, yolk and all, have also become a principal food of a paleo dieter. Finally, meats such as beef, poultry, and pork (yes, that includes bacon!) can totally be enjoyed, those too with an emphasis on organic and grass fed varieties. 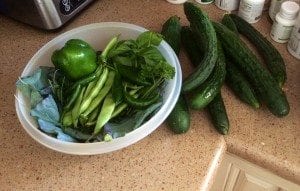 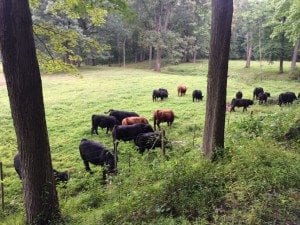 If you’re looking for a way to improve your overall wellbeing, to alleviate some digestive or health problems, or to find a new and delicious way of eating, the paleo lifestyle is for you. Even if you aren’t looking for a major lifestyle change, go ahead and eat like a caveman and see how you feel. I speak with experience when I say I know you won’t regret it. 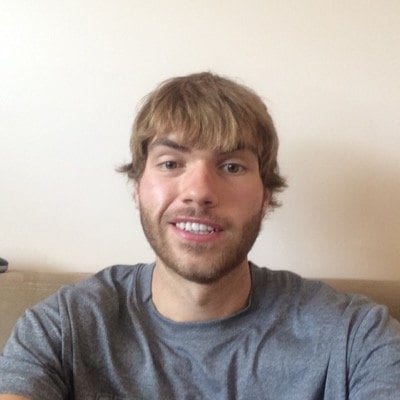