Home › Non-Profit of the Week › Voices for Children CASA

About Boulder October 15th, 2016 Non-Profit of the Week, Blog Share:

The Boulder County Office of CASA, which manages the local programs of the national CASA organization, recently moved into new offices in Gunbarrel with the purpose being to greater facilitate their involvement in the ever growing number of active child welfare cases in Boulder County.

Voices for Children CASA, which stands for Court Appointed Special Advocates for Children, recruits, trains and supports volunteers to represent the best interests of abused and neglected children in courtrooms and other settings. These volunteers become personally involved in ensuring that the basic human rights of abused and neglected children are protected. They do so by becoming advocates for the children and by becoming their confidents, mentors, and often times long-term connections.

The value of a CASA is well documented. Children with CASA volunteers: 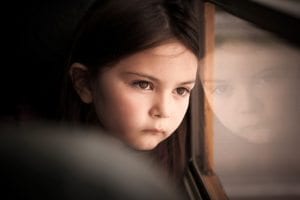 Child abuse is a growing problem that is unfortunately not being adequately addressed in Colorado due to inadequate funding of the child welfare system and an overburdened court system. A study released in 2014 indicated that Colorado needed to increase the current number of child welfare caseworkers by 49 percent to meet the growing needs. These professionals are required to handle 25+ families at a time. The majority of caseworkers indicated that because of their workload, they are only able to have face-to-face interactions with children on 25 percent of their caseload monthly. In regard to attorneys appointed as guardians ad litem to the children, they are often overburdened with caseloads of 30 to 50 children.

CASA is unique in the child welfare system in that its volunteers, who are well trained, only serve on one case at a time. This allows CASA volunteers to spend much more time devoted to these children than caseworkers or attorneys who are overburdened with current caseloads.

CASA volunteers are required to go through rigorous background checks, interviews, and an extensive training course that is 35 hours in length. Once appointed as a child’s CASA representative, they meet with their appointed child at least monthly, and more often weekly, to check-in on their needs and investigate their unique situations.

The results of the CASA investigations are, when completed, compiled into reports to the court and other professionals on the case, being attorneys, caseworkers, etc. The information gathered becomes a critical part of the decision-making process for the Magistrates who oversee these cases. In a majority of cases, the removal of children from threatening home environments that occurs at the beginning of child welfare cases is confirmed and the children placed permanently in safe settings.

For further information on CASA Boulder County, one is invited to contact Jessica Thompson, Advocate Coordinator, on 303-953-7493; or Nia Wassink, Executive Director, on 303.440.7059. The organization’s website is www.vfccasa.org.