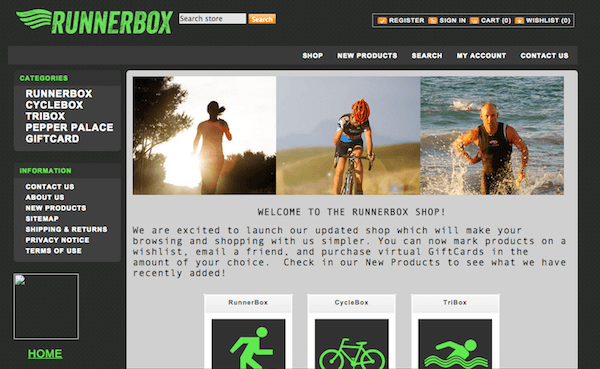 “Leave the research to us. We’ll leave the training to you.”

Admit it. You’ve ordered something online for the sole purpose of getting to look forward to a package coming in the mail. It’s really not that sad or desperate. Getting something specifically sent to you feels awesome and let’s you know someone out there took the time to prepare the thing, send it, and now it’s here. Just for you. Runnerbox, the Boulder start-up founded in 2012 by marathoner and nurse, Staci Dietzel, harnesses a similar concept. Except ordering a Runnerbox requires even less deliberation or research. Rather than spending hours deleting thousands of dollars worth of clothes from a shopping basket to settle on one $8 dollar shirt, Runnerbox does all of the research and hard work—they do the research, you do the training. 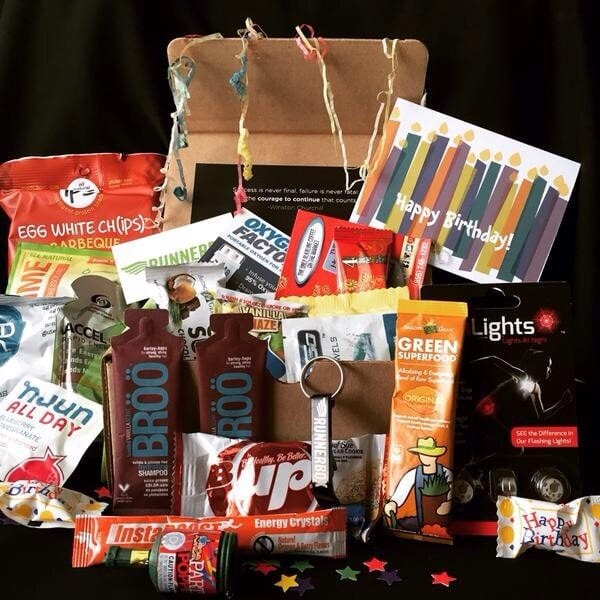 Contents of a “Birthday Box” you can order as a one time gift. Bars, Superfood, ribbons… everything but balloons and a margarita. 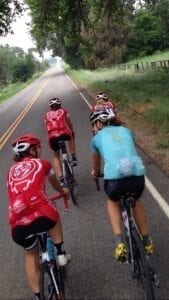 Seen here: a typical Runnerbox business meeting. Runnerbox founders take a ride with professional cyclist, Ally Stacher, the founder of Ally’s Bars, which has been featured in the boxes.

That’s the concept for Runnerbox. Runners, Cyclists, Triathletes and other people who like being prepared with their fitness endeavors, subscribe for bi-monthly boxes full of specific, highly researched, and necessary items for training for the next two months. The boxes are sent on a “gift” or “bi-monthly” subscription basis, and contents range from fuel (bars, gels, electrolyte mix), blister pads, and other necessities. Subscription boxes similar to Runnerbox have become more popular in the endurance athlete community, but these knowledgable athletes pride themselves on putting the boxes to use in their own training to eliminate unnecessary fluff.

Staci Dietzel is a mother, marathoner, and now entrepreneur that encouraged her friend, Laura Jorgensen to start racing half marathons with her after Laura’s collegiate basketball career was forced to a hault by “too many ACL tears”. One tear would probably be enough for most people to call it quits. Jorgensen eventually fell in love with cycling after finding success quickly and managing to train to an intense level without facing knee pain like she did with running.

I spoke with Laura about her involvement and how she came to be in Boulder with Runnerbox. Turns out, Laura ditched her corporate desk job back East to pick up the bike and take a long ride out West. When asked “why Boulder?” for Runnerbox, Laura said it was the natural choice:

“Boulder was the obvious place for us to come.

It’s really the perfect place for a start-up like us because there’s so much help. We’ve found so much support from other local businesses that are doing similar things, and we even plan to create a Boulderbox with only Boulder-made items to show just how many great things are being made here for athletes.”

The concept of the business is awesome on multiple-folds: best friends and fellow endurance athletes become business partners, allowing them to train and travel to competitions, while at the same time putting in research to provide boxes to subscribers with only the stuff that’ll help push their training to another level. Their mission and business model reminds me much of both ROLL Recovery and Skratch Labs, both of who also aim to help fellow endurance athletes by putting practical experience and knowledge to use. Because who knows better what an endurance athlete needs than other endurance athletes who’ve been competing, training, and fueling for years? 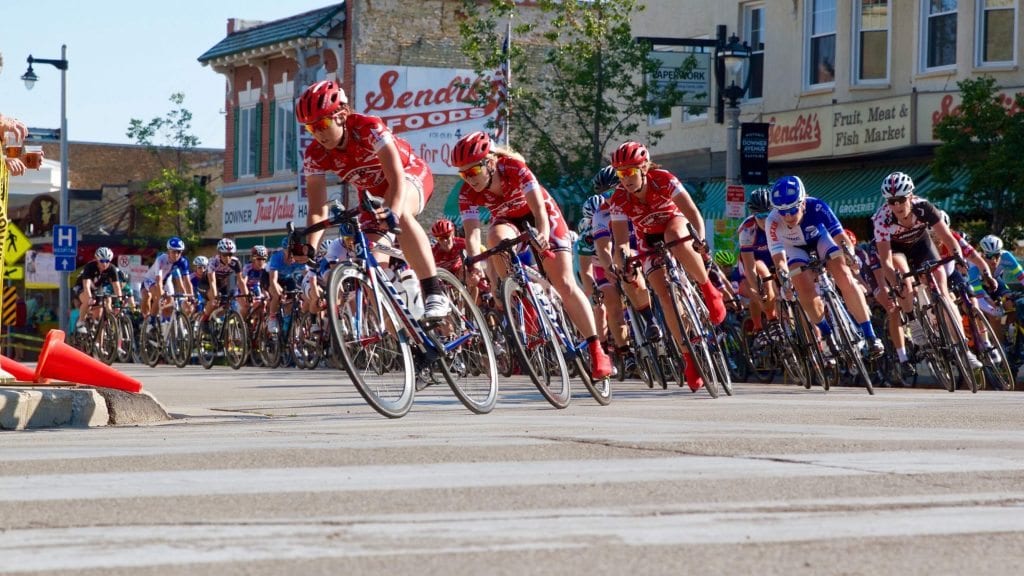 Each of the few cyclists leading the pack work for Runnersbox,so their teamwork mantra exists in and outside of the office. The race course is, actually, a big part of their “office”, where valuable experimenting and research occurs to determine what items other athletes need to be at their best.

So far, Staci and Laura’s decision to leave their “real” jobs to start Runnerbox in Boulder has been a race of success, fun, and support from their invaluable team of endurance athletes. 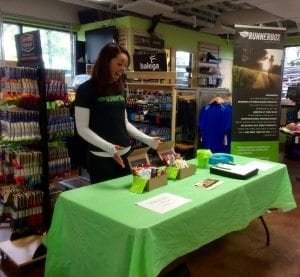 Big or small; every expo bring as much excitement to the proud business owners as does opening a Runnerbox brings to athletes. Here, they are pumped to be at mini expo at Flatiron Running in Boulder.

“We’re all endurance athletes, so whenever we aren’t in the office, we are out there researching while training to see exactly what works best, and what the athletes need. The idea is, we’ll do the hard stuff figuring out exactly what you need to keep moving, and you worry about training.”- Laura Jorgensen

Photos via Laura Jorgensen and Runnerbox.