Home › Curious Boulder › We Can Weird It for You Wholesale

We Can Weird It for You Wholesale

The Boulder area is known for weirdness, however you choose to define that. To political conservatives, it’s because of our liberal-infused policies. For those interested in culture, it’s because of a “San Francisco of the Rockies” label applied in the 1960s and 70s, or for pre-legalization 4/20 celebrations that left the Norlin Quad blanketed in weed smoke. To others, it’s more a feeling that can’t be quantified, but is nonetheless there.

The thing is, much like those defunct 4/20 gatherings, there’s more smoke than fire nowadays. Don’t misunderstand, we still have our claims to weirdness—it’s the reason this column exists in the first place. CU is the only college campus that features a cafeteria named after an alleged cannibal. In student dominated areas you’re likely to see Tibetan prayer flags fluttering above spent kegs, mere blocks from neighborhoods filled with multi-million dollar Victorian homes. All of that said, though, much of the “weird” moniker amounts to a legacy rather than a description. 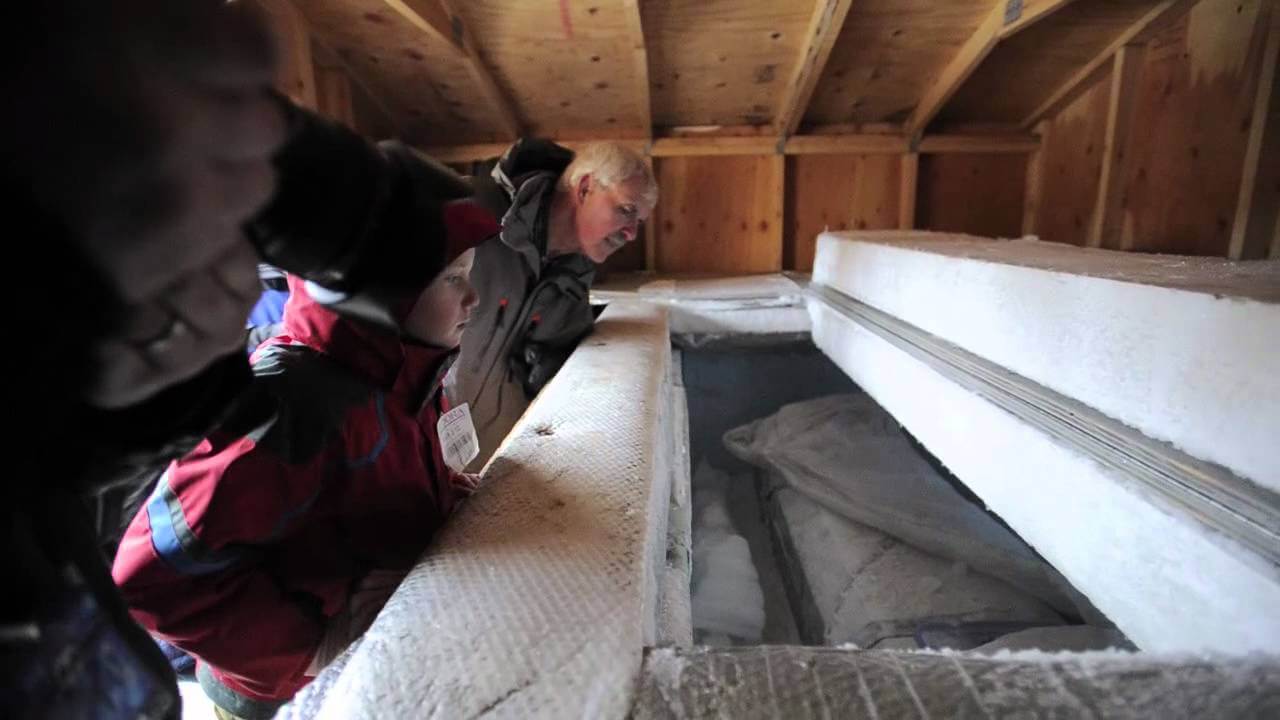 Next weekend, at the top of the canyon, Nederland will once again assert its own weirdness, in the form of Frozen Dead Guy Days. What started as a lark in 2002, calling attention to the cryogenic freezing and storage of one Bredo Morstøl in a shed, has bloomed into a full-tilt three-day festival. Costume contests, frozen turkey bowling, coffin races, and frozen t-shirt contests are just a few of the odd highlights now on-offer. Added to that are a temporary walking mall lined with booths, tours of the shed where Bredo still resides at a temperature of -60 degrees Fahrenheit, and a live music roster featuring dozens of artists.

It’s all tongue-in-cheek, on the macabre side for some. Nearly every event, special tent, or advertisement is heavy on irony and death/ cryonics-related puns—a niche class of joke if there ever was one. Perhaps more than any others, however, it’s these same factors that get to the heart of what’s going on in our corner of Boulder County. 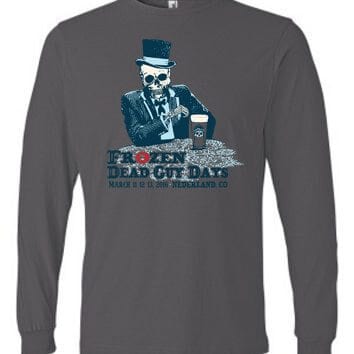 To put it bluntly, weirdness is something of a brand these days. Eye-catching Frozen Dead Guy Days logos feature a well-dressed skeleton. Rainbow colored bumper stickers pleading to “Keep Boulder Weird” are ubiquitous around town. Yet, Frozen Dead Guy Days has more to do with partying than Bredo Morstøl. Those exact bumper stickers—with the same font, colors, and design—ask Texans to “Keep Austin Weird,” with a trademark symbol in the corner. If taken objectively, outside the festival, Nederland is probably more sleepy than strange; charmingly so, but still. For all that continues to make Boulder unique, serious-minded tech companies, boutique breweries or distilleries, and foodie-bait restaurants increasingly define it.

The “weird” of Boulder and its foothill satellites used to be shorthand for messiness, unevenness. Much of the juice of that label came from incongruity—hippies rubbing elbows with particle physicists in Boulder, isolationist mountain types holing-up in rugged shacks around Nederland. And while that continues today much of it has been diluted, or converted to a de facto slogan. Strangeness and dichotomies still exist, but in a more sanctioned, tame, and higher-priced fashion. Branding, after all, turns on image above all else.

I’m not one to get in the way of a good time. Frozen Dead Guy Days is a lot of fun; any excuse to pair bourbon and bacon with puns is a good one, frankly. Boulder’s reputation still allows for Tube To Work Day and a galaxy of interesting buskers on Pearl Street Mall. Progress, though, always comes with a cost. Remaining sleepy when Nederland is beset with weed dispensaries, and the capital that comes with them, isn’t easy. Becoming an anchor of tech companies, from start-ups to Google, makes Boulder’s claim of strangeness thin on street cred. You get the sense that holding on to the weird takes determination, which may well undercut the aim.

Whether that’s good or bad is a matter of opinion, and is almost certainly a mix of both. This could be the growing pains of a region transforming into something else. On the other hand, it could be a region branding its collective reputation into self-parody. Distance and marketing will ultimately tell. And who knows, maybe it was always that way. For now, though, let’s enjoy what we have, simply for the sake of enjoying it—that, in a time when everything from “likes” to micro-demographics are monetized, may well prove to be the weirdest act of all. 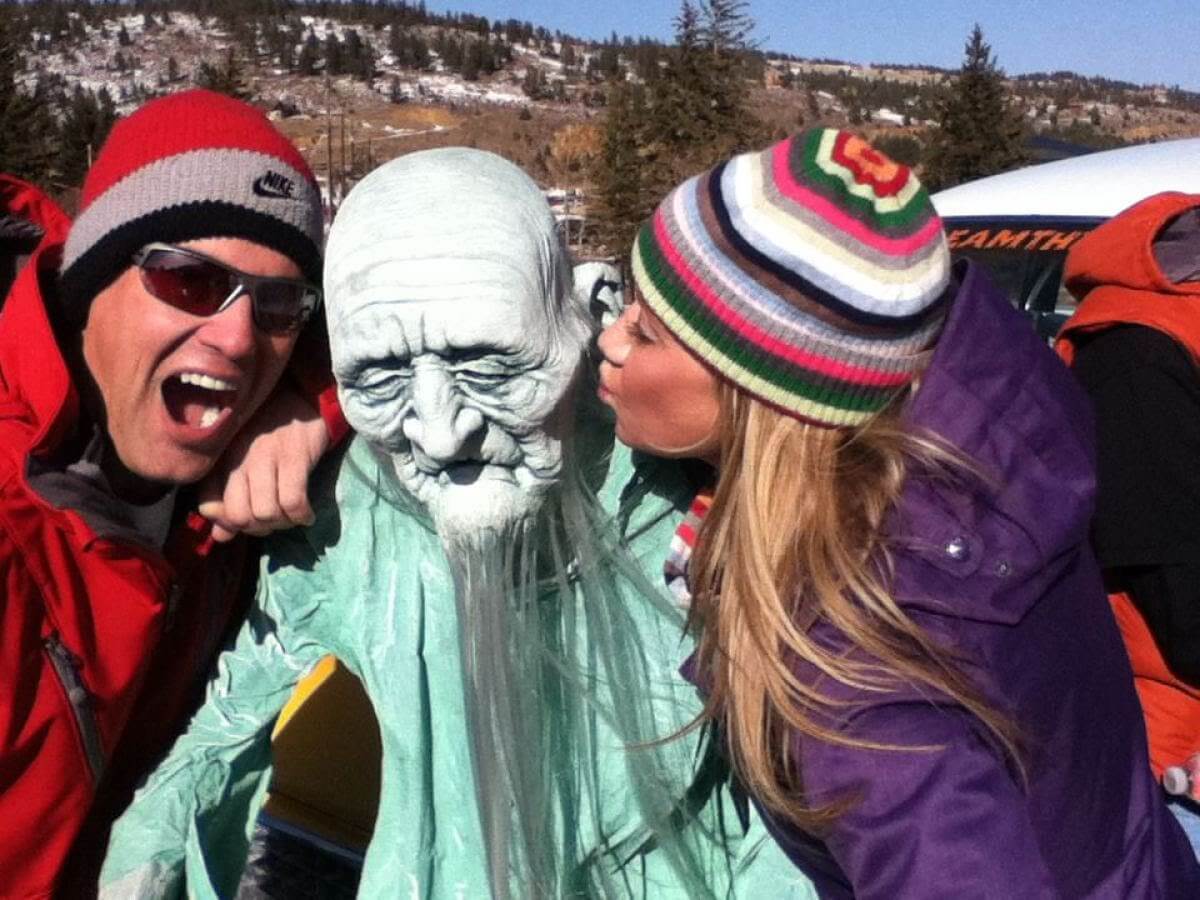