For Sanitas Brewing Company, that box includes delicious, awesome microbrews… and weekly yoga. Every Tuesday, for $15, you can go take a yoga class in the brewery. And unlike other yoga classes around town, this one includes a pint after class. Jenna Bee, owner of Bee Yoga, is as flexible in her approach to her business model as she is toward her downward dog.

“‘Yoga for all kinds of people in all kinds of places.’ These are the principles around which I’ve developed Bee Yoga,” she said. “Over the past three years I have taught bridal and bachelorette parties, groups of coworkers, families, elementary school classes, and women’s retreats in Mexico. It’s all about keeping yoga versatile, fun, and useful.”

And for the last several months, she’s also been teaching what she’s pegged Brewhouse Yoga at Sanitas. But it didn’t happen overnight.

“About a year ago, friends of mine were involved with the opening of Sanitas. The first time I saw the space, I knew it would be an awesome place to have a class.  I threw it into the mix of the millions of ideas the guys were sifting through; they didn’t say ‘no.’ It took about 6 months, but eventually they came back to me and said they were ready to talk about getting a yoga class started,” she said.

While it isn’t exactly an intuitive combo, it couldn’t be more Boulder. Microbreweries and yoga, together at last. It makes so much sense now that it’s in practice. Jenna gets a fun space to connect with new and existing students, and the brewery sees an influx of people every Tuesday. And yoga practitioners get to expand both their practice and community — after all, nothing brings people together quite like a cold brew after sweating together. 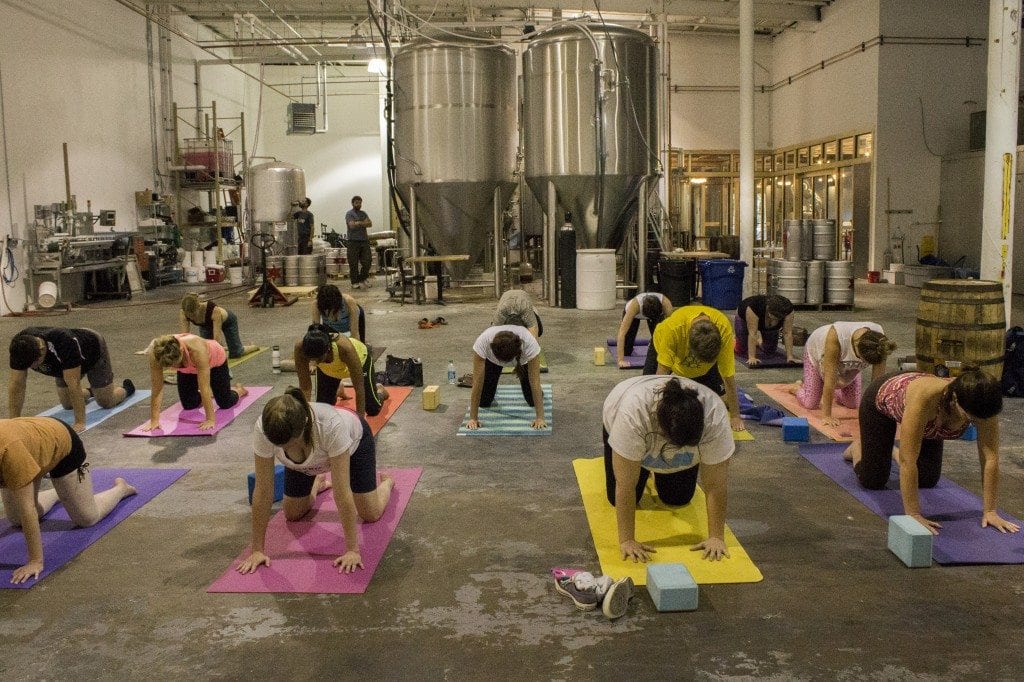 What other partnerships are percolating in Boulder, just waiting for implementation? If you have an idea for a business opportunity, don’t be shy.

“Always ask!” Jenna said. “Be creative and open-minded, and don’t be discouraged when things don’t ‘click’ right away. It took a month or two for Brewhouse Yoga to really take hold, but now we’ve got steady attendance every week.”

What does that mean for you, Business Owner?

“Especially in the case of unlikely partnerships, it takes a bit for people to wrap their heads around new offerings. And utilize both parties’ networks — virtual and in real life,” Jenna said.  “If both partners are really on board, they can each promote the new offering to their ‘people.’ This is where the quality connections start, and word of mouth is often a strong source of growth after that.”

And who doesn’t want to generate more word of mouth for his or her business?

Want to see Brewhouse Yoga in action? Check it out: 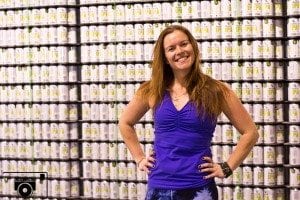 Jenna Bee, posing in front of Deliciousness in Cans. 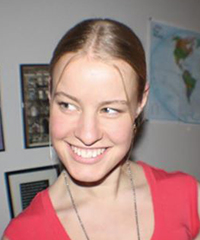