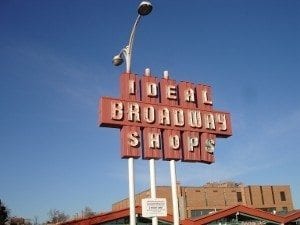 Originally, the Ideal Market center was named the Drive-In Ideal Market and was built in 1958 – named as such for the novelty of having a parking lot in front of the store. The initial stores included Gene Lang’s Pharmacy where Pharmaca is located and Ruble’s Barber Shop also where the current barber is housed. Also there was Model Cleaners, Beauty Centre, Broadway Fabrics, Manual’s Sweet Shop, Tasty Bake Shop, Johansen Hardware and the iconic Ideal Market, which today is owned by Whole Foods.

Community Plaza, now ho me to Breadworks, Moe’s Broadway Bagel, and Vic’s Espresso was built in 1960. It included Plaza Cleaners, Plaza Drug Mart, and Miller’s Supermarket. The 1958 Polk’s Boulder City Directory lists almost a dozen other stores located in the block that presumably moved or somehow disappeared between the 1958 listing and the creation of the Community Plaza. 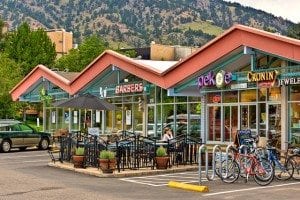 Knudsen’s Greenhouse, which primarily raised irises, was leveled in 1959 to make way for the Chevron station, which is now Vectra Bank on the corner of Alpine and Broadway.

Before the North Boulder Shopping Center was built it was the fruit farm of Joseph and Eliza Wolff. North on Broadway was a seed company, a ranch, and an orchard, as well as oth 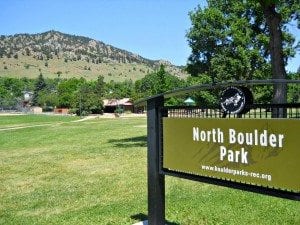 er smaller farms and gardens. Of these, Long’s Gardens just south of Iris, founded in 1905, remains.

Today, Both the Ideal Center and the Community Plaza bustle with activity from early morning hours to late in the day. Nestled right on Broadway and surrounded by offices, condos and homes ranging from 100 years old to 5 years old integrating the old with the new. 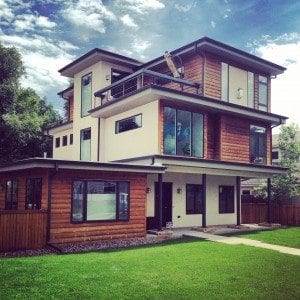 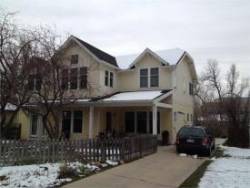 It is amazing to see how Boulder forms and reforms.