Home » Blog » Business » The Unseen Bean, Against the Odds

The Unseen Bean, Against the Odds 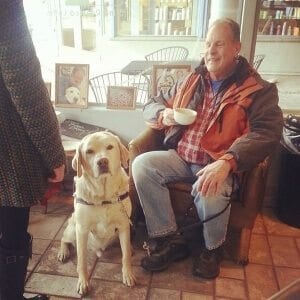 We’ve all been in a scenario where someone didn’t believe we could accomplish something, so we proved them wrong. That’s exactly what Gerry Leary did when he founded The Unseen Bean in Boulder in 2007.

The Unseen Bean strives to serve the freshest, best-tasting coffee available anywhere, and it is roasted by Leary, who has been blind since birth. Of course he was met with doubt when he traded in his work as a blind car mechanic to pursue his dream of becoming a Master Coffee Roaster. But Leary beat the odds and proved his doubters wrong.

It wasn’t the easiest of paths. Leary went to every coffee shop he could find, hoping to roast coffee, but they all told him that he had to be able to see the color of the coffee beans in order to roast. He took a coffee-roasting seminar anyway, and afterward, refinanced his house and bought his own coffee roaster.

“It turns out, all I needed was a talking thermometer to help me with the roasting process,” Leary said.

He began his new career with a quarter-pound roaster in his backyard shed. He logged every roast until he felt that he had perfected the craft of roasting coffee in the dark. Rather than seeing the color of the beans, Leary learned to observe the sound and smell cues behind roasting coffee with precision.

The Unseen Bean only uses organic, shade-tree grown, fair-trade hard Arabica beans. Employees tend to recommend that you taste different freshly roasted beans in order to decide which type is your favorite. All drinks are made to order, and The Unseen Bean offers hand-roasted coffee from more than a dozen countries, including some rare options.

The menu of drinks at The Unseen Bean is extensive, including hot and cold drinks made with numerous types of coffee beans, along with specialty lattes and frozen drinks. Their food menu includes bagel sandwiches, egg bowls, salads, burritos and create-your-own options.

As far as Leary’s favorite drink, he said “I mostly enjoy just straight-up drip coffee, or a good latte.”

Leary said he is pretty sure he’s the only blind coffee roaster in the country, so he’s very proud of that accomplishment, and the fact that he started with nothing. Now, he said The Unseen Bean serves the best coffee around, because they never serve bitter coffee.

The Unseen Bean is only in existence because Leary fought for a dream that others didn’t believe he could achieve. On this note, he had some advice to share with others.

“If you have a dream that others are trying to crush, just remember that it’s your dream and not theirs; go for it.”

You can visit The Unseen Bean at 2052 Broadway in Boulder, and learn more about them at www.theunseenbean.com. 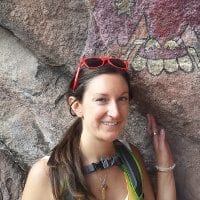