Events to treat all senses 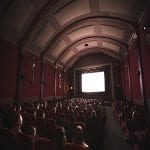 Here I am again with so much to say about these under advertised events that I just want to get straight into them.  I will say this, though: This month’s events are a treat for all senses.  Come see what I mean.   Throughout the entire month of March the Boulder Dinner Theater is putting on their performance of Disenchanted.  This comedic parody of classic fairytales turns all the classic tropes about princess we know on their heads.  This musical features all the Disney princesses becoming fed up with how they’re being presented in today’s media and join together to reclaim their... Read More

The Unseen Bean, Against the Odds 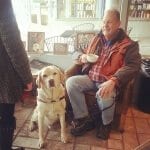 We’ve all been in a scenario where someone didn’t believe we could accomplish something, so we proved them wrong. That’s exactly what Gerry Leary did when he founded The Unseen Bean in Boulder in 2007. The Unseen Bean strives to serve the freshest, best-tasting coffee available anywhere, and it is roasted by Leary, who has been blind since birth. Of course he was met with doubt when he traded in his work as a blind car mechanic to pursue his dream of becoming a Master Coffee Roaster. But Leary beat the odds and proved his doubters wrong. It wasn’t the easiest of paths. Leary went to every... Read More