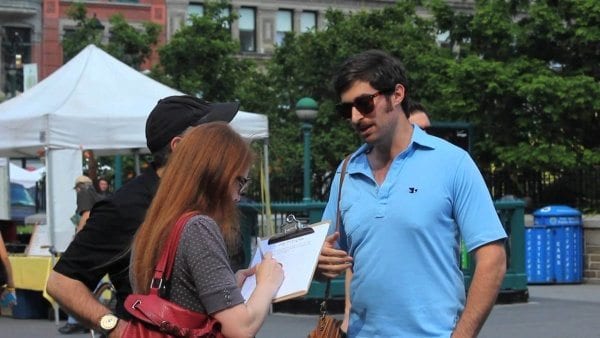 If you’ve spent any time in Boulder’s public spaces recently, the odds are that you’ve been asked to sign a petition. It’s understandable that on a stroll down Pearl Street, one might not want to interact with a stranger wielding a clipboard. What you might not realize is that you, as a registered Colorado voter, have the opportunity to directly influence your state’s legislation through the petition process. Colorado is one of 24 states to allow citizens to initiate a change through a public petition. While the process is understandably complicated, it offers the individual an enviable voice. By signing a petition, you allow the measure to be decided by voters.

The 5 Petitions You’ll be Asked to Sign Next Time You’re on Pearl St:

This amendment, along with initiative 78, was filed by Yes for Health and Safety Over Fracking. It would amend the state constitution to allow local governments to regulate the establishment of oil and gas facilities within their communities and prohibit the state government from overriding local control.

This amendment would prohibit the establishment of oil and gas facilities within 2,500 feet from homes, schools, playgrounds, and waterways.

This amendment would legalize assisted death among terminal patients with a prognosis of less than six months. It was filed by Compassion and Choices after a similar bill failed to pass in the legislature twice before.

This amendment is pretty self explanatory. Filed by Colorado Families for a Fare Wage, it would increase Colorado’s minimum wage to $12 an hour by the year 2020.

Filed by Healthy Boulder Kids, this two cents per ounce tax levied on distributers of sugary drinks hopes to combat childhood obesity. Items that would be taxed include soda, sweetened juices, and other beverages with five or more grams of sugar. Milk, unsweetened juices, alcohol, and baby formula would not be taxed.

These are by no means all of the ballot initiatives for the 2016 Colorado Elections. For all initiatives visit http://www.sos.state.co.us/pubs/elections/Initiatives/titleBoard/.

Pro-tip: If you’re not a registered voter but live in Colorado, the registration process is incredibly easy. Just do it.