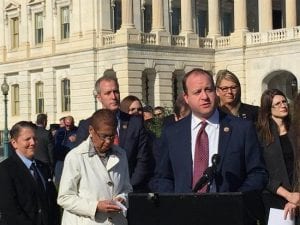 Colorado’s 2nd District is a region ripe with vibrant Rocky Mountain culture, environmental stewardship, scientific achievement, and spectacular access to nature. Representing such a charismatic and alluring region is no trifling prospect–it takes courage, intelligence and strength. It requires a driver for change and a model of progressive morality…

That’s why US Representative Jared Polis is AboutBoulder’s first featured Boulder Benefactor–he exemplifies what it means to ‘give back to the community’. Polis lives in Boulder (when he’s not slugging it out in DC), and has complied a brimming catalogue of considerable achievements for Boulder county, and Colorado at large:

As a philanthroppist he started the Jared Polis foundation in 2000, an organization which strives to “create opportunities for success by supporting educators, increasing access to technology, and strengthening our community.” And strengthen Colorado’s community he did–in 2004 Polis started the New America School, a series of charter high schools that focused on helping second language students attain their high school diplomas. These schools helped thousands of willing immigrants learn English and finish school, to graduate and become contributing members of Colorado’s society. Polis also founded Urban Peak in 2005, another charter School which focused open helping children who are at risk of becoming homeless or existing in unstable living conditions. 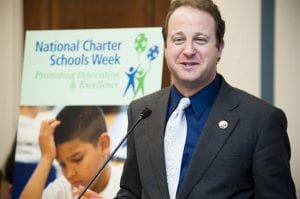 Elected into office in 2008, Polis has since accomplished an incredible amount to advocate for better Colorado education. He sponsored the SLICE act (School Lunches Improvement for Children’s Education), which ensured school lunches were healthier for students–requiring more fruits and vegetables, and a better balanced nutritional standard. He also helped get the Computer Science Education Act off the ground, which has offered thousands of hours of training for computer jobs, and the ACE act, designed to improve outcomes for consistently low-performing schools.

Jared Polis can often be found hosting individual meetings with Boulder locals at the Laughing Goat on Pearl Street, listening to their comments, concerns, and ideas with an open mind and heart. Or speaking at town hall meetings around the state. Representative Polis is a man of the people, a rare and shining example of a politician with his head on straight and his heart in the right place–an ideal and exemplary Boulder Benefactor.

Will Brendza
Will Brendza is an American writer, CU Boulder alumnus, and ski bum virtuoso who spends most of his time bogged down in Fearless and Wild adventures. He is a student of science, a lover of nature and a true believer in Earthly stewardship. When he isn't writing, he can be found deep in the Colorado wilderness, laying low at craft breweries, or nowhere at all...  Currently, he resides in the high Rocky Mountains - sequestered in a mountain paradise.
See More Articles From Will Brendza
Tagged: About Boulderaboutboulderboulder coloradoBoulder CountyColoradocommunityMotivation
Boulder Colorado Air Quality