This Beautiful Boulder Park is Also the City’s Origin Story

Our story begins in the mid 1800’s, when a team of explorers were commissioned to explore the Boulder area. Among these explorers were Zebulon Pike, Stephan Long, and John Fremont. One of Fremont’s men, William Gilpin, told everyone that this particular area had gold. This area was previously considered unfit for settlement, but when gold is involved, people tend to forget about silly things like that. This group of settlers decided to settle in a beautiful area known today as “Settler’s Park,” named for obvious reasons. It’s also pretty obvious why they settled here. I mean, look at this place. It’s gorgeous. 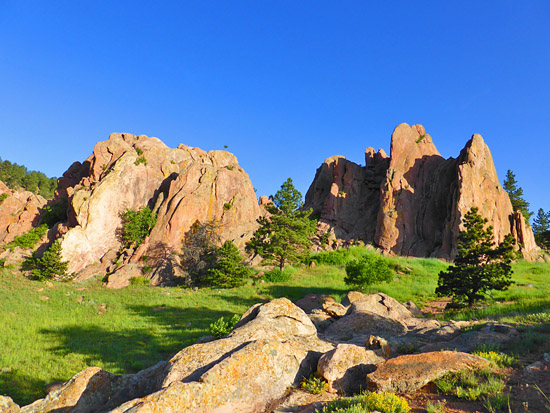 One of the original settlers, A.A. Brookfield, decided to organize the Boulder City Town Company in 1859. He also went on to become Boulder‘s first president, setting a new precedent for presidents to come. The town of Boulder sprang to life and eventually became a full-blown city in 1871, eventually turning into the beautiful city we know and love today. Pretty cool bit of history, huh? Well, what’s even cooler is that you can actually hike around the original settlement. There aren’t any of the settler’s original structures in the area anymore, but there’s some really cool rocks to make up for it. 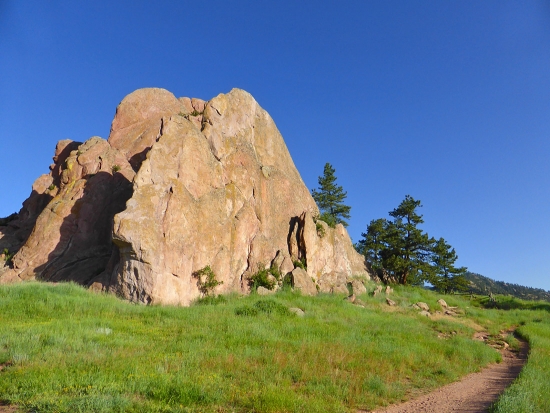 The huge sandstone formation that forms the mountain of Sanitas, known as the “Lyons Sandstone,” is the same rock formation that forms the Settler’s Park area in Boulder. It is also the same sandstone rock that is used to build many of Colorado University’s campus buildings. It’s super neat! Anyway, Settler’s Park is an excellent climbing area for people of all ages and also makes for a gorgeous place to go hiking. The main trail that takes hikers throughout the park is the Red Rocks trail, which is a mere 0.7 mile loop and the trailhead can be found at the convergence of Pearl St. and Canyon Boulevard. If you’re looking for a more substantial hike, however, the Anemone trail is very close by and provides a wholesome 3 mile hike. It takes hikers up and over a mountain, giving some pretty spectacular views of Boulder. This trail can be found by going to the western end of the Settler’s Park area past the Red Rocks formation, where it will have a trail marker for the trail (see below). 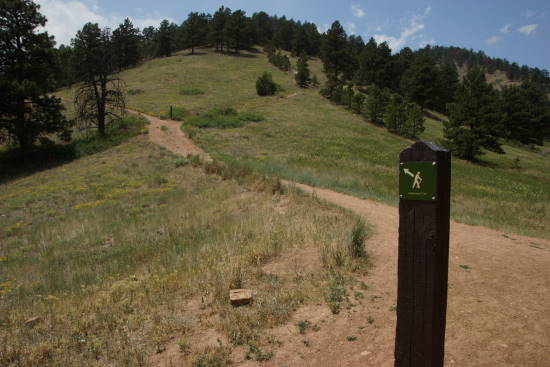 Essentially, if you’re looking for a great hike or simply just looking to see a historical side of Boulder, then Settler’s Park is definitely your destination. It’s really incredible how far Boulder has come in all these years, going from a simple mining town to becoming (what I personally believe is) America’s most beautiful city. 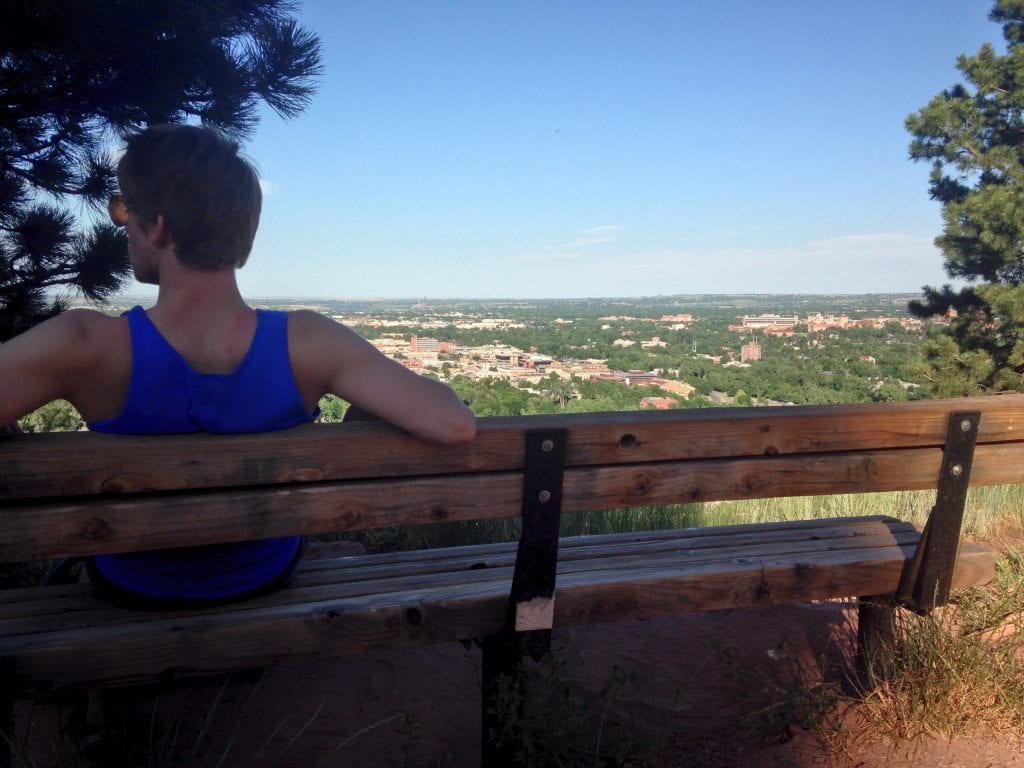