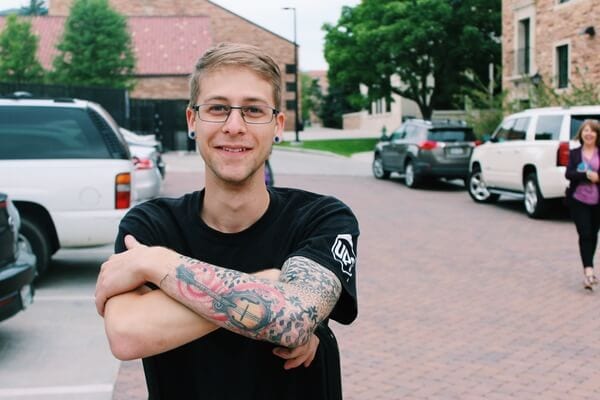 Meet Jack!  Jack is a Colorado native hailing from just south of Denver.  He decided to go to the University of Colorado to pursue an Astronomy degree with a Geology minor; but over time changed his mind to double major in Astrophysics and Geophysics!  Jack is mostly interested in studying geology of bodies in our solar system (i.e. the terrestrial planets and moons) and hopes to be able to use these interests post grad.  Jack also has an amazing tattoo on his arm intertwining many of his interests.

“I got the violin first, because I have played violin for a very long time.  Then I decided to get a mandolin on the other side of my arm, because I’ve also played that for about six years now.  Finally I started doing all of the sacred geometry, and got two mandalas, the tree of life pattern, the tesseract cube, and these triple point triangles.” 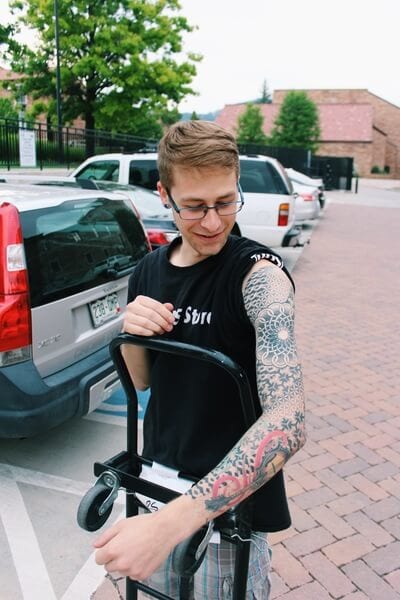