Be Boulder, Bike to Work 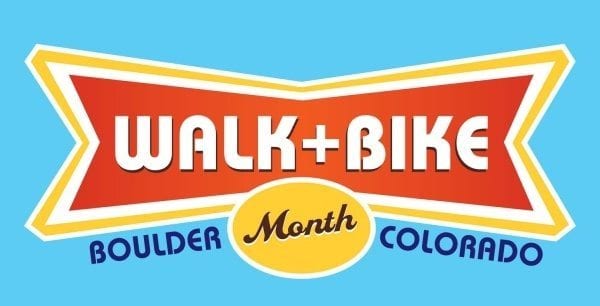 We’ve all been there, stuck in traffic on the way to work as a bicyclist zips by us in the bike lane. We envy their blissful freedom from the snare of cars, imagining ourselves embarking on the same, ultimately Boulder trip instead of melting into the seat of our car. Now is your chance to join them. June 22nd is Boulder’s official bike to work day. Take this opportunity to free yourself from the frustration of rush hour and join the party. Presented by the City of Boulder in cooperation with Community Cycles, this Boulder celebration makes an early morning commute into a community festival. More than 60 stations set up around Boulder offer bike commuters free food and music to brighten up their morning. Take advantage of this wonderfully Boulder tradition by registering!

There are a few things you should know before you zip up your lycra and clip into your pedals. As a cyclist, it is your responsibility to ride safely. Always obey the rules of the road; you are not a pedestrian. While cars should yield to you, traffic is never predictable. There are some streets in Boulder that are not appropriate for bikes. These streets, such as parts of Broadway, will have nearby alternative routes designated for cyclists.

I know, it’s a little overwhelming. Just keep in mind the time biking will save you on parking, the number of times you can humble brag to your co-workers about how independent you are from fossil fuels, and the extra cake you can eat after dinner. It’s all worth it. Need some more tips? Check this out.

Boulder’s a fairly bike friendly city. This being said, a little apprehension about navigating the city on two wheels is entirely understandable. To ease your concern, Boulder County developed a comprehensive map of all of the bike routes throughout Boulder and surrounding areas. While the following routes are far from an extensive list, they are a few of the most useful commuter lines.

From Longmont and Gunbarrel:

Beginning at Lefthand Creek Park in Longmont and ending at the Cottonwood Trail Head in Boulder, the LoBo trail connects the two cities with 12 miles of a commuter friendly alternative to road riding. Continued on both ends with local bike routes, the LoBo trail allows commuters to reach their destination without complication.

Though construction on Highway 36 may have been a bear, it did give us a wonderful new bike route. Bike 36 stretches all the way from Westminster to Boulder. If the distance seems insurmountable in the wee hours before work, it conveniently parallels the Flatiron Flyer bus route as well as several local routes. Just bike as far as you’d like and pop on to a bus to finish the commute for you.

If you’re lucky enough to be a local commuter, the Boulder Creek path is a central path in downtown Boulder. Running down Boulder Canyon, paralleling pearl street, and continuing on to the 29th Street shopping district, this multi-use trail is a great corridor for safe and hassle free biking to and from downtown.

Pro-tip: Google Maps has an impressive bike feature. If you’re at a loss of where to go, plug in your destination and map out the most bike friendly route in real time.