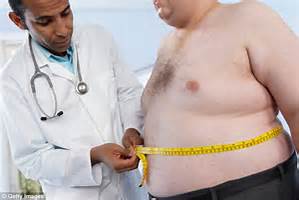 It may not seem like a Colorado issue to talk about obesity but, make no mistake, our state is getting fatter, we just aren’t as fat the rest of the U.S.

When my sister died of ovarian cancer 17 years ago, scientific research didn’t really make a connection between obesity and that particular cancer.  My sister was obese when she was diagnosed and I wondered if that wasn’t a contributing factor at least.

For most of the cancers listed, the researchers noted that the higher the body-mass index, or BMI, the greater the cancer risk. The cancer risks were the same regardless of gender or geographic region. With one-third of our population overweight or obese, cancer could be an even greater health concern in the coming decades than it has been to this point.

Why does obesity increase the risk for cancer? Here are some possible reasons:

Some experts believe that obesity ranks as the second leading cause of cancer death in Americans. A study published in The New England Journal of Medicine, followed over 900,000 people for 16 years. The study showed a link between excess body weight and many different cancers.  Among those 50 and older, overweight and obesity may account for 14% of all cancer deaths in men and 20% of all cancer deaths in women. In both men and women, higher BMIs were associated with a higher risk of dying from cancer of the esophagus, colon and rectum, liver, gallbladder, pancreas, or kidney. In men, excess weight also increased the risk of dying from stomach or prostate cancer. In women, deaths from cancer of the breast, uterus, cervix, or ovary were elevated in overweight and obese women.

Because excess weight plays a role in so many common and deadly diseases, overweight and obesity can cut years off your life. Losing excess weight can make you feel better both physically and emotionally and can help you live a longer, healthier life. You don’t have to lose a tremendous amount of weight to become healthier. Even a modest weight loss of 5% to 10% of your starting weight can improve your health.

Andrea Groth
Andrea wants to live in a world where the neighborhoods are walkable, bike lanes are plentiful, and the food is fresh, delicious and readily available. A 20-year veteran of the health and wellness industry, she started her career in the fitness industry while earning a master’s degree in Exercise Science and Health Promotion, and then on to the burgeoning field of worksite wellness. Andrea has competed in collegiate level soccer, worked as a personal trainer, fitness instructor, wellness coach, and master trainer, climbed 14ers, and completed cycling centuries and metric centuries. All of these experiences give her the opportunity to view well-being from many different perspectives. When she’s not helping others to be their healthiest self, you can find her at a farm to table restaurant, down dogging at the yoga studio, or experiencing the Colorado landscape on a bicycle, snowshoes, cross country skis or on foot.
Tagged: About Bouldercancerhealthobesity