[FLASHBACK] Be a Part of History: Boulder is Hosting the World’s Largest Triathlon EVER 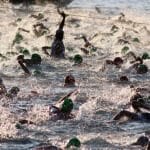 Boulder is about to make history with Ironman Boulder: the world’s largest triathlon. How large is this triathlon, you ask? Well, let’s look at the numbers: -There are more than 3,000 athletes competing in the triathlon, exceeding the number of athletes who competed at Sochi’s 2014 Winter Olympics (2,873). -It’s a 140.6 mile race, which is considerably longer than the distance from Boulder to Aspen (99 miles). -There are also more than 3,000 volunteers, which is roughly 3% of Boulder’s population. -There will be 15,000 feet of fencing which, if measured vertically,... Read More

The Victories of Boulder County Sustainability 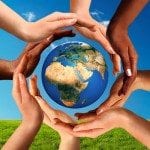 2015 is a new year, full of potential. While there is a collective hope for a more sustainable future not just locally but across the world, it is important to not forget sustainability’s local victories that have already happened.   Boulder county is a region where there has already been notable successful sustainable reform.  According to Boulder county’s website, sustainability means “The use, development and protection of resources in a way that enables Boulder county residents to meet their needs and maintain a high quality of life, without compromising the ability of future... Read More