Hard-working, innovative, and creative entrepreneurs are not your average joes. But in Boulder, they seem to be around every corner. The start-ups I’ve encountered each week have been full of excited, hard-working and inspirational people that will all say the same thing about their business: “We are still a small company, and we have our values”. And despite sales and outreach being far from small, each remains humble and driven to stick to the Boulder-esque natural food company ideals. 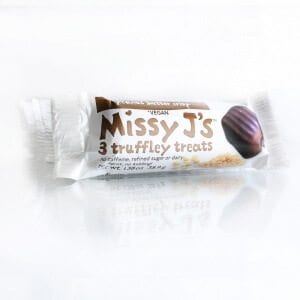 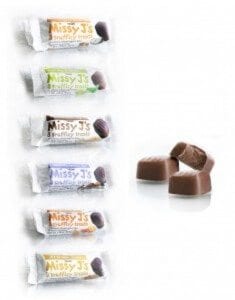 Oddly enough, “just around the corner” is quite literally where I ran into Jodi Feinhor-Dennis, the founder, President, recipe developer, and graphic designer behind the quirky and delicious truffley treats titled “Missy J’s”. While a friend and I were sitting on a curb, Missy J (Jodi) came outside and started telling us about the neighborhood we were looking to live in. She invited us inside to see her kitchen (she designed it, and it was awesome FYI). I spotted the Missy J design logo on a binder and got curious. She revealed her identity as THE Missy J (I work at Whole Foods and see her candy every single day), and I freaked. Turns out, Missy J’s story is more than “I make candy and it sells like mad and now I’m a baller”. Ok, she’s definitely “a baller”. And her candy does sell like mad. But the Jodi Feinhor-Dennis story goes well beyond that. 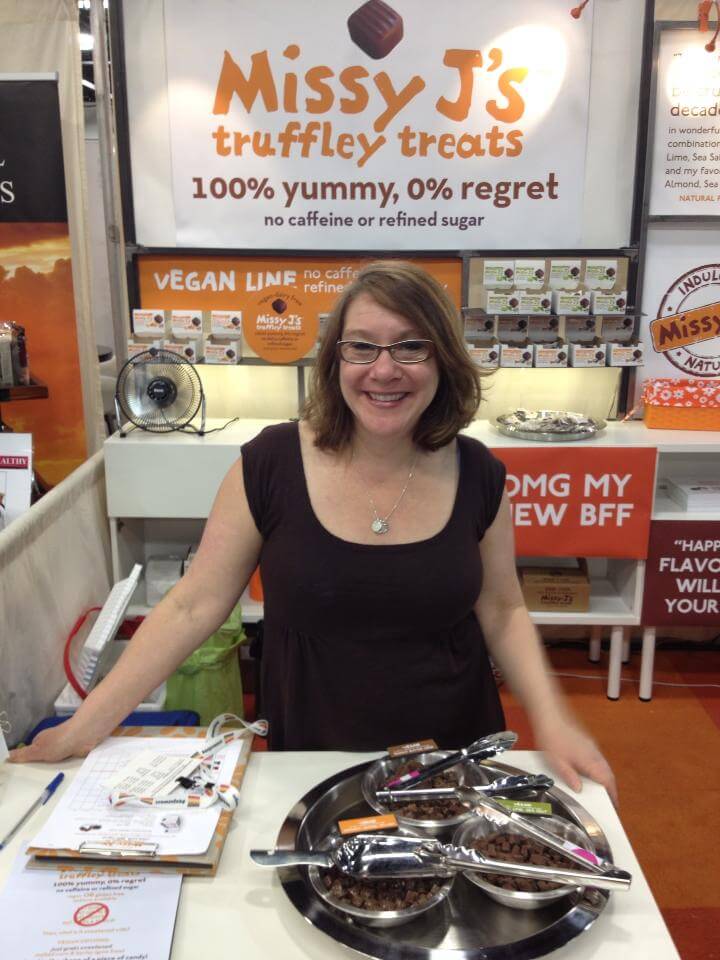 Feinhor-Dennis has been an innovator, creator, and entrepreneur her entire life. In college she made clocks and sold them at boutiques in L.A. She ran an interior design store on Pearl St. called Invironments for almost five years, and in 2011 when the store closed, she found her creative and innovative energy building up without an outlet to release them into. So she decided to take part in the design show “Firefly Handmade” with her designer companions, and needed a product to promote her interior design services. Jodi allowed her creative vision to get to work in the kitchen, where she created her first carob-based, healthy chocolate-alternative candies. Rather than promoting her graphic design business, the truffly treats became her business. She now combines her skills by both designing the website, logo, and packaging while also creating each and every truffly candy in the kitchen. 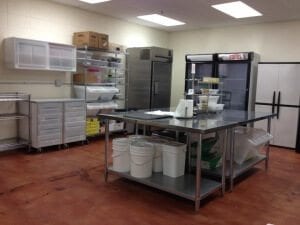 What are Missy J’s candies and why are they different? Feinhor-Dennis makes her candies with healthy, refined-sugar-free, dairy-free, and low-glycemic natural products. They are made with all-organic ingredients like coconut oil, coconut sugar, quinoa puffs, almonds, dried fruit and of course, carob chips. She has a way of turning negatives into positive; transforming “dirt-like” tasting carob chips into decadence, and has an aura about her that makes you think she just might be natural-foods dessert fairy godmother. 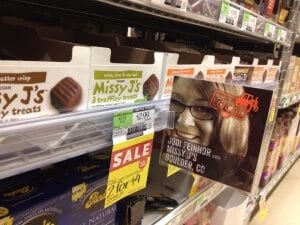 Since the opening of Oh, Yes You Candy! LLC in 2011, Missy J’s has expanded from being sold locally at Lucky’s Market and Alfalfas, to now also being offered in Vitamin Cottage, as well as Rocky Mountain and Southern California regions of Whole Foods Market. Currently, Dennis makes each and every candy out of a small manufacturing site in Longmont, CO (the same location as Bhakti Chai), where she shared with me the struggles and intricacies of running a natural foods company.

“It’s the hardest business I’ve ever run, but I feel so grateful every time I get feedback from someone that loves Missy J’s. I’m allergic to chocolate, so when someone tells me they have an allergy and that they can now have “chocolate-like” candy again, it makes me so happy. That’s why I do this.”

For 30 years, Feinhor-Dennis searched for candy that didn’t upset her nervous system with caffeine and sugar rushes (she’s allergic to caffeine, wheat, dairy and sugar) or have negative health consequences like leading brands of chocolate candies. Just how she turns carob chips from something naturally bitter and almost inedible into her awesome truffley candies,Feinhor-Dennis turned her dietary restrictions and a difficult crossroad in her career into a blissful, “almost romantic” natural foods company. And of that, she is “so proud to say she can help people” with the skills she was endowed with.