Maybe you already know that the comfortable (and allegedly edible) innovation; the Crocs shoe, was created in Boulder County. Today we’re checking out some less explosive, but equally clever, Boulder-based inventions. This is one smart city, and the products created here prove it! 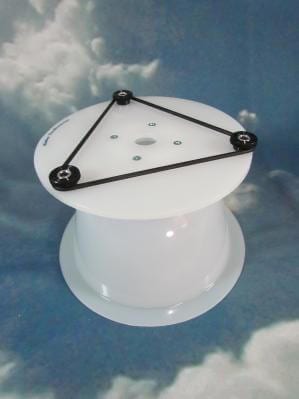 The Nimbus Cloud Dome is a deceptively simple invention created by Boulder resident Cindy Litchfield. As a jewelry maker, she struggled to create close-up, glare-free photos of her products. No one had addressed the problem before, so she took on the challenge. The result was the Nimbus Cloud Dome. Essentially, the dome is a substitute for a tripod, diffuser, and backdrop for small product photography. Plus, it uses your smartphone’s camera, meaning your photos are easily shareable and can be edited with mobile apps. There’s also a version big enough to hold a tablet, if that’s how you roll.

The Nimbus Dome takes a photo shoot requiring a DSLR, lighting setup, and backdrop, which would take over an hour with setup, and compresses it into a 10-15 minute shoot with your phone or tablet. Don’t believe me? Check out their product demo. This product was successfully funded on Kickstarter because it takes clear, properly exposed, glare free images of small items. Coins, jewelry, etc. We’re surprised Easy sellers haven’t bought the whole lot of these yet. It’s a simple, user-friendly, convenient product. Point, click, edit, post. 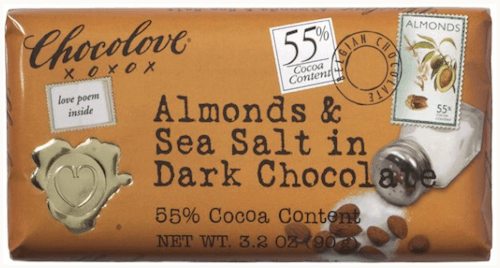 Remember back when chocolate didn’t tell you how much cocoa it contained? Chocolove, founded by Timothy Moley, was the company which started the trend of labeling cocoa content. After 2 years of traveling the world, Tim returned to the states with an appreciation of flavors from all over the world, and this informed his study of chocolate. As a chocolatier, he knew consumers could tell the difference between cheap and quality chocolates with their tastebuds. However, chocolate labels could be deceptive. So when he starting crafting chocolate he made sure to include new flavors, to liven up the gourmet chocolate market. Also, Chocolove clearly states the cocoa content on the label so that consumers knew what they were getting into before the first bite. The company has a custom-built factory in Boulder which was completed in 2004. We can only hope they start giving away golden tickets for the chance to see how the deliciousness is made.

Tim thought the US chocolate market also lacked romance. In an effort to restore the romantic nuances of chocolate the wrapper of each Chocolove bar has a classic love poem printed inside. You can absorb a poem while dark chocolate laden with chili and cherries caresses your tastebuds. Don’t like chilis? They have 23 other flavors of chocolate bars to try.

WÜF (pronounced “woof”) is a startup company from Boulder aiming to bring the connection between dog and owner into the world of smart devices. The WÜF smart collar was devised by Sean Kelly after the family dog ran off and was killed by a car. Millions of dogs run away in the US every year, and WÜF hopes to drastically reduce that number and keep dogs and their owners closer. The WÜF collar is smartphone compatible, with GPS and two-way communication between the device and your phone. It is also easily programmed for thing like the “invisible leash” which gives your dog a verbal command to return if it strays too far from your mobile device. The GPS swiftly reduces the stress of searching for a lost dog, and the accelerometer within the device can clue you into your dog’s activity levels. So in one device owners are more attune to their dog’s health and well being, and the results are fast enough that owners can quickly take action.

The app which controls the collar can also be set to give the owner recommendations for dog food and new games to play with their pooches. If the smartphone is the tool of the modern human, the WÜF is the collar for the modern dog.