This Saturday a peaceful rally of topless women and bare chested male supporters will gather on Pearl street for a demonstration. But is it legal for a woman to go topless in  Boulder? 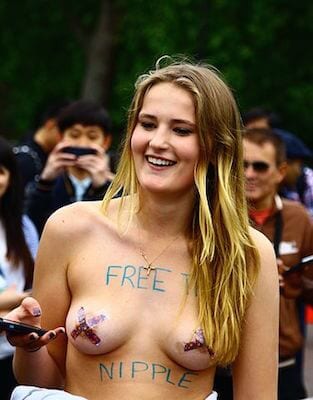 A Free the Nipple advocate in London

Yeah, it’s totally legal. Boulder city law does prevent nudity. So you must keep your “downtown” areas to yourself. Anyone over the age of 10 must adhere to this regulation. You cannot intentionally reveal your genitals in public. However, the torso is legal to show–female or male.

This weekend, a group will gather on Pearl Street in recognition of the law. There will be topless women and bare-chested men armed with printed copies of the legislation which allows toplessness. The point is not to scar children, as some will undoubtedly argue. The issue is one of equality. Women want to be allowed the same right to bare their chests as men. There are many places outside of Boulder where women cannot expose their breasts, even for the purpose of breast-feeding a child. The “Free the Nipples” rally hopes to bring attention to these kinds of laws which police women’s bodies, and continue the myth that the female form is purely sexual and needs to be hidden.

In addition to raising awareness of how law contributes to gender inequalities, the rally will also raise awareness about the legality of toplessness in Boulder. I won’t lie, I am a man, and I had no clue that female toplessness was allowed in Boulder. I have removed my shirt in city limits before. Exercising outdoors, tubing on Boulder Creek, etc. but I had never seen a topless woman in a public setting, so I just assumed it was illegal, or some kind of misdemeanor. The rally will also function to fill in people like myself, who assume that the status quo reflects law. 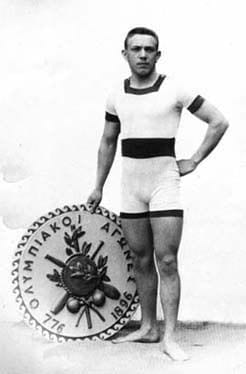 There are various movements in social media dedicated to promoting progressive toplessness laws. More people are recognizing that breasts should not be the deciding factor in whether a person may go topless. I for one have seen plenty of men with sizable breasts exposed at the pool, and withholding the right from women is simply hypocritical. The restriction on female breasts is directly linked to Victorian sensibilities, which formerly policed men’s bodies as well, though few men are aware of this point.

The Puritanical views of the Victorian era emphasized covering the body completely to avoid causing arousal in anyone else (even here, 100 years later). Being “homely” was the key. This meant that no one was allowed to expose anything other than their hands, necks, and heads. Women were not allowed to exposed their knees until 1910. And before 1936, men had to cover their chests by law. Four men were fined at Coney Island in 1934 for removing their shirts. The local female magistrate told them that people would object to the men exposing so much of their bodies. This sounds absurd nearly a century later. I suspect the arguments against female toplessness will sound just as silly a century from now. 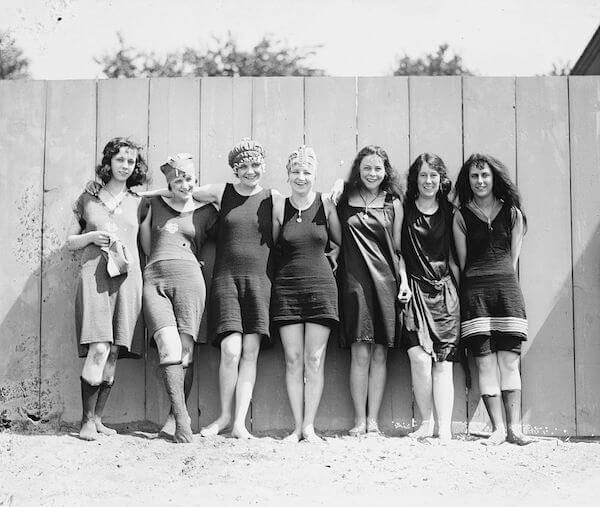 Personally, I think women should be allowed to go topless, but not because I’m a pervert or an exhibitionist. I exercise a lot, and I like to do it outside. But if I had to wear a restraint across my chest and back every time I worked out it would be awful. It would turn into a big, unpleasant torso sweatband. Based on that alone, I agree with the Free the Nipple movements. And for those who will argue that exposed breasts are too arousing, or contribute to the sexualizing of women I will say this: If someone wants to sexualize you, a few millimeters of cloth is not going to stop them. I think that exposing breasts regularly would help desensitize the public towards torso nudity, and then we could all enjoy the breeze across our bodies.

Joe Inclan
Originally from Lone Tree, CO, Joseph Inclan graduated from Regis Jesuit High School in 2010. He applied to just two universities, DU and CU Boulder, and was accepted by both. Joe chose CU for its beauty, and the appeal of the open-minded and quirky city ensured him how right he was to choose Boulder. With a Bachelor’s degree in both English Creative Writing and Philosophy from CU, he has dabbled in everything from poetry to basic technical articles for 3DPrintingIndustry.com. His hobbies have a range too, from fountain pens and handwriting, to yoyos and skill toys. The most important thing for Joe is to understand things complexly. Boulder and its residents live in an evolving miasma of ideologies and cultures which demand more than a 2-Dimensional perspective. Joe’s fascination with Boulder stems from the fact that it is far more than the sum of its parts, and that is a unique quality. He is glad to be a writer with AboutBoulder.com and looks forward to spreading his knowledge of Boulder with the community.
See More Articles From Joe Inclan
Tagged: About BoulderaboutboulderABOUTBoulder.combare-chestedBeautyboulderboulder coloradoBoulder CountybreastCollegeColoradocommunityequalityexerciseFree the Nipplesgender equalityhealthInspirationlocalmovementnippleoutdoorsprotestrallysocial mediatopless
Boulder Colorado Air Quality