What on earth are we talking about today? Only the coolest festival in Colorado. Every year thousands gather in Nederland to celebrate our state’s most famous frozen grandpa with games, beer, music, and coffin races! Did we mention most events are free?

A little backstory first: Back in 1993 it was discovered that Trygve Bauge and his mother Aud were storing Trygve’s grandfather with dry ice in the shed behind their unfinished house in Nederland. They wanted the body cryonically frozen in the hopes that someday grandpa would be resurrected by future technologies (nanobots, etc.). The only reason we know this is because Trygve had gotten himself deported back to Norway for overstaying his Visa. While he was gone, his mother got an eviction notice for living in the house without electricity or plumbing, which violated city ordinances. She was concerned for the body of Trygve’s grandpa, Bredo Morstoel, who had been frozen for years, and would thaw when she had to leave. News got out and the story spread across Colorado. Shockingly, there was no local law preventing this storage of bodies, but the city wanted Bredo out of the shed.

Nederland eventually concluded this scandal by adding laws preventing storage of deceased bodies on properties in the city. However, since Bredo was on ice before the new legislation, he was allowed to stay there by a grandfather clause. A local radio station partnered with a Tuff Shed store to provide a new, cozy home for Bredo’s body. Bredo is now packed with 1,600lbs of dry ice every month by a man named Bo Shaffer and some volunteers. Bo is the CEO of Delta Tech, a company providing cryogenics services, but his unusual monthly job has earned him a nickname: The Iceman.

In honor of Nederland‘s coldest resident a festival was created in 2002. That festival is Frozen Dead Guy Days. Trygve hoped that someday his grandfather might be resurrected from his icy tomb by future technologies. As a metaphorical homage to this idea 12,000+ people gather in Nederland near the end of winter to celebrate life. They do so with: 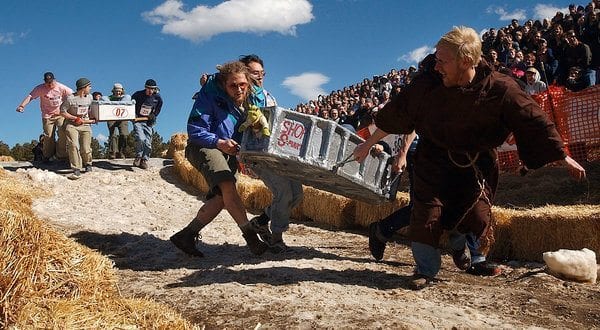 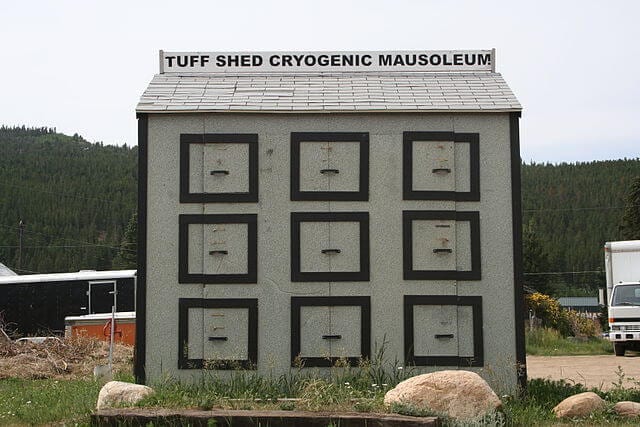 And so many more things… Check out Roaming Bison Productions’ compilation of last year’s events below and you’ll know what we mean!

Joe Inclan
Originally from Lone Tree, CO, Joseph Inclan graduated from Regis Jesuit High School in 2010. He applied to just two universities, DU and CU Boulder, and was accepted by both. Joe chose CU for its beauty, and the appeal of the open-minded and quirky city ensured him how right he was to choose Boulder. With a Bachelor’s degree in both English Creative Writing and Philosophy from CU, he has dabbled in everything from poetry to basic technical articles for 3DPrintingIndustry.com. His hobbies have a range too, from fountain pens and handwriting, to yoyos and skill toys. The most important thing for Joe is to understand things complexly. Boulder and its residents live in an evolving miasma of ideologies and cultures which demand more than a 2-Dimensional perspective. Joe’s fascination with Boulder stems from the fact that it is far more than the sum of its parts, and that is a unique quality. He is glad to be a writer with AboutBoulder.com and looks forward to spreading his knowledge of Boulder with the community.
See More Articles From Joe Inclan
Tagged: 2016About BoulderaboutboulderABOUTBoulder.combeerbodiesboulderboulder coloradoBoulder Countyboulder eventsBoulder weekend eventsbusinesscoffin racesCollegeColoradocommunitycryonicsFDGDfestivalfoodfrozenfrozen dead guy daysfungrandpahistoryhistory of Boulderice turkey bowlingInspirationlocalmusicnederlandoutdoorspolar plungescandaltourstraveltuff shed
Boulder Colorado Air Quality